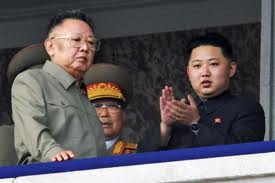 You’ve got to hand it to the North Koreans, they certainly know how to throw a funeral.

I stayed up until two am watching the mammoth funeral of the “Dear Leader,” Kim Jong-il,  live on TV from North Korea’s eerie, snowy capitol,  Pyongyang.  Giant floats and goose-stepping soldiers made this old Cold War Warrior nostalgic for the 1970’s

What next for the Hermit Kingdom?  Kim 3 – Kim Jong-un - has successfully made the transition.   The 1.1-million armed forces, the Party, and security organs remain the power behind his leadership.

So far, a power struggle between these groups that could have led to the collapse of the North Korean state has not happened, avoiding South Korea’s greatest fear, “unexpected reunification” - a human tsunami of millions of starving northerners flooding south.

North Korea is branded a dangerous rogue state that threatens the entire world.  This is certainly the common view in the United States.