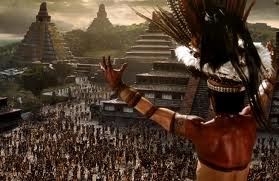 Washington, DC – Today, Citizens for Responsibility and Ethics in Washington (CREW) released its second annual report on the most corrupt members of Congress entitled Beyond DeLay: The 20 Most Corrupt Members of Congress (and five to watch). This encyclopedic report on corruption in the 109th Congress documents the egregious, unethical and possibly illegal activities of the most tainted members of Congress. CREW has compiled the members’ transgressions and analyzed them in light of federal laws and congressional rules.

Two members have been removed from last year’s list of 13. Rep. Randy “Duke” Cunningham (R-CA) is now serving an eight-year jail term for bribery and Rep. Bob Ney (R-OH) has agreed to plead guilty to crimes that will likely result in a minimum two-year prison term.

CREW has also re-launched the report’s tandem website, www.beyonddelay.org. The site offers short summaries of each member’s transgressions as well as the full-length profiles and all accompanying exhibits.

CREW’s Most Corrupt Members of Congress:
Members of the Senate:

Members of the House:

Bayer Aspirin, Rat of the week