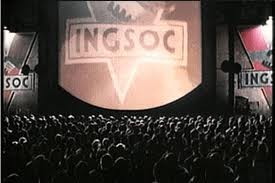 [scroll down for Reader's Table of Contents]

The Pentagon’s global military design is one of world conquest.

The military deployment of US-NATO forces is occurring in several regions of the world simultaneously.

The concept of the “Long War” has characterized US military doctrine since the end of World War II. The broader objective of global military dominance in support of an imperial project was first formulated under the Truman administration in the late 1940s at the outset of the Cold War.

In September 1990, some five weeks after Saddam Hussein’s Iraq invaded Kuwait, US President and Commander in Chief George Herbert Walker Bush delivered a historical address to a joint session of the US Congress and the Senate in which he proclaimed a New World Order emerging from the rubble of the Berlin Wall and the demise of the Soviet Union.

Bush Senior had envisaged a world of "peaceful international co-operation", one which was no longer locked into the confrontation between competing super powers, under the shadow of the doctrine of  "Mutually Assured Destruction" (MAD) which had characterized the Cold War era. George H Walker Bush addressed a Joint Session
of the US Congress and the Senate, September 1990

Bush declared emphatically at the outset of what became known as "the post-Cold War era" that:

“a new partnership of nations has begun, and we stand today at a unique and extraordinary moment. The crisis in the Persian Gulf, as grave as it is, also offers a rare opportunity to move toward an historic period of cooperation. Out of these troubled times… a new world order can emerge: A new era freer from the threat of terror, stronger in the pursuit of justice and more secure in the quest for peace. An era in which the nations of the world, east and west, north and south, can prosper and live in harmony.”