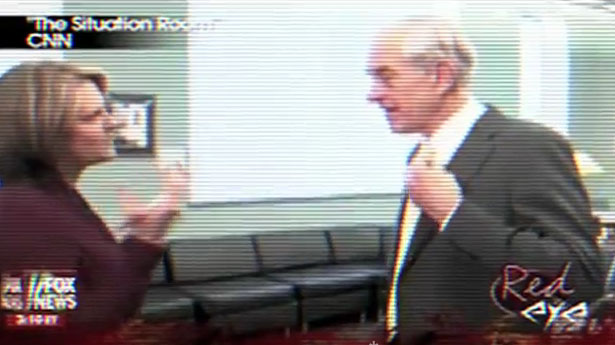 Judgment day dawned for Republican contenders vying to take on Barack Obama in November’s presidential election, with a pivotal vote in Iowa Tuesday likely to dramatically winnow the field of contenders.

The mostly rural heartland state’s caucus is the first formal vote of the war for the White House against the backdrop of a sour, job-hungry US economy that weighs heavily on the embattled Obama’s bid for a second term.

Frontrunner Mitt Romney on Tuesday focused his last minute attacks on the Democratic president, amid polls suggesting good chances of a win here.

Caught! Biden's scheme to take over 2022 elections now in bull's-eye

The Media CANT STOP Her!

MUST HAPPEN: Trump Promises to Gut and Fire "Tens of Thousands of Civil Servants"...

'It's the murder of our country!' Mike Lindell says 'billion' will watch his ele

All Eyes Arizona: America First Candidates Soar Ahead Of Establishment In AZ Primaries