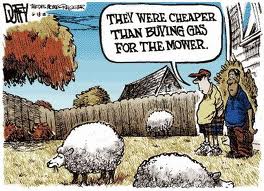 BALTIMORE (WJZ) — Five dollars a gallon for gas? Analysts say it could happen this year.

Monique Griego has more on why gas prices could soon explode.

Just this weekend, the president signed new sanctions against the country of Iran. Now, Iran is firing back with a threat that could send gas prices higher than ever.

Prices at the pump already have drivers in pain.

“I can barely afford it now,” said one driver.

“Three dollars a gallon…I mean, five dollars gets you what, a gallon and a half?” said another.

But if Iran follows through on a threat to shut down one of the world’s most important oil routes, analysts say prices here could skyrocket by summer.

“If it gets to $5, that would be hurting the pockets very bad,” said Paul Rozanski, Severna Park.