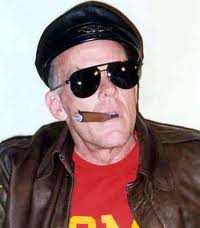 “A lot can happen in a decade,” said Fred with his characteristic and astonishing insight.

When I arrived in Mexico going on ten years ago, it was a mildly sleepy upper-Third World country, whatever that means—corrupt but not dangerous, not rich but hardly poor, barely middle-class overall and climbing, the mañana thing seldom noticeable, and women pouring into the professions. I parodied the American conception of Mexico as perilous hell-hole because it wasn't. Not even close.

Then in 2006 Felipe Calderón became president, and declared war on the drug cartels. Mexicans I talk to think he did it under pressure from Washington, but I don't know. Certainly Washington has done everything in its power to encourage it.

The war failed, as anyone with even a vague understanding of the world would have predicted. A war on drugs—foolish phrase—may be said to succeed if the price of drugs rises on the American street. It didn't. It won't.

Things happened that were touted as successes against the traficantes. A fair number of bosses of important cartels were killed or caught. Since Americans confuse leaders with movements and countries, this sounded like progress. Of course if, for example, you kill a leader of the “Taliban,” his second takes over within hours and all goes on as before. And if you kill the leader of a cartel, his underlings fight among themselves for the pieces, thousainds die, and law breaks down. Mexicans know this. The State Department apparently doesn't.

1 Comments in Response to The Exodus Begins - Maybe, Anyway