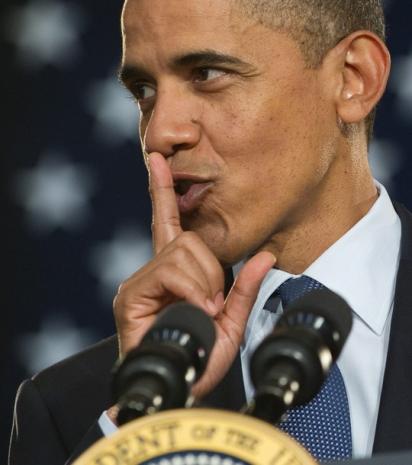 (Publisher: This information is via a broadcast email sent me... no other confirmation)


II.  Decision
Based on the foregoing, the motion to dismiss is  DENIED.
SO ORDERED, this the 3 rd  day of January, 2012.
MICHAEL M. MALIHI, Judge

"I still can’t believe this. The order is in the link above. Judge Malihi, Deputy Chief judge of the Administrative court in GA, ruled, that Obama’s motion to dismiss is denied. He will have to stand trial and prove his eligibility for office."

Thank you god!!! I am ready to cry! After 3 years of battle for the first time a judge ruled that Obama’s motion to dismiss is denied. I can now depose Obama and everybody else involved without any impediment.

Farrar Motion to dismiss by Obama is denied

I still can’t believe this. The order is in the link above. Judge Malihi, Deputy Chief judge of the Administrative court in GA, ruled, that Obama’s motion to dismiss is denied. He will have to stand trial and prove his eligibility for office.

This is particularly sweet, as it is happening in GA, where judge Clay D. Land maligned me so badly and attacked me with $20,000 of sanctions in order to silence me, to stop me from challenging Obama. Judge Land was sending a message to other attorneys and intimidating them, de facto telling them, “you dare to go after Obama, raise the issue of his forged birth certificate and invalid Social Security number, establishment will attack you and sanction you, just like attorney Taitz”

Now judge Malihi is sending a message: “nobody is above the law”

I am filing a motion for judicial notice in the other 5 courts, where I have cases. Please, spread the word.

I wanted to thank everybody, who was helping me so far to repay those $20,000, who donated to help me fly to other states, including my prior flights to GA.

PS I have a professional video cassette, shot by Kevin Powell, where I together with Carl Swenssen, Kevin and a number of GA civil rights leaders visited offices of prior governor Sonny Purdue, Attorney General, elections board, Sec of State, CNN and so on. The video cassette is in a format, that I can’t play or upload on you-tube channel. If someone knows, how to convert it, let me know, I will post it. I think, it is called Sony DVCAM