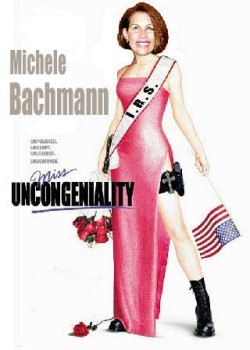 The morning after announcing he was suspending his campaign and canceling a trip to South Carolina, the Texas governor tweeted on Wednesday, "Here we come South Carolina!"

And National Journal cites an unnamed Republican official saying that Perry is staying in the race:

The official said Perry will take a couple of days off in Texas and then head to New Hampshire for two weekend debates.

After New Hampshire, Perry plans to campaign in South Carolina, the next step in the Republican calendar. The decision means conservative voters in New Hampshire and South Carolina will continue to split their votes, a prosect likely to help establish Mitt Romney as the favorite.

The one-time Tea Party favorite announced in a press conference Wednesday morning that she is suspending her campaign for the GOP presidential nomination. News earlier Wednesday that she had canceled a planned trip to South Carolina, a key early primary state, had fueled talk that her run was likely over.