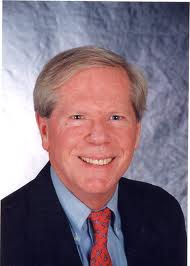 readers that two months later I began writing again. This renewed activity has resulted in this new year in a website of my own.

My columns will first appear on my site. Sites on which readers are accustomed to find my columns are permitted to continue to post my columns as long as they link to my site and indicate my copyright. The site will stay up if reader support justifies it. Otherwise, I will conclude that the cost of the site exceeds the value of what I have to say.

This past year has not been a good one for the 99%, and the new year is likely to be even worse. This column deals with the outlook for liberty. The next will deal with the economic outlook.

The outlook for liberty is dismal. Those writers who are critical of Washington’s illegal wars and overthrow of the US Constitution could find themselves in indefinite detainment, because criticism of Washington’s policies can be alleged to be aiding Washington’s enemies, which might include charities that provide aid to bombed Palestinian children and flotillas that attempt to deliver humanitarian aid to Gaza.

The Bush/Obama regimes have put the foundation in place for imprisoning critics of the government without due process of law. The First Amendment is being all but restricted to rah-rah Americans who chant USA! USA! USA! Washington has set itself up as world prosecutor, forever berating other countries for human rights violations, while Washington alone bombs half a dozen countries into the stone age and threatens several more with the same treatment, all the while violating US statutory law and the Geneva Conventions by torturing detainees.

Washington rounds up assorted foreign politicians, whose countries were afflicted with civil wars, and sends them off to be tried as war criminals, while its own war crimes continue to mount. However, if a person exposes Washington’s war crimes, that person is held without charges in conditions that approximate torture.

1 Comments in Response to The Outlook for the New Year

My 2012 Crystal Ball is predictably awesome. What it vibrates is so prophetic. I will share with you what’s clearly coming!

[1] There is no such thing as "economic collapse"! This so-called U.S. "economic collapse" is a 2011 conjuring, a political cook-up … a virtual reality that exists only in the mind of State-haters and Government-bashers whose agenda operates in Cloud 9. Deep in their heart, they themselves don’t believe what they are saying or what they are salivating about, like when they talk to themselves that Ron Paul is going to be the next president of the United States!

[2] But the money they make out of this Ron Paul project is good. It is a good cover or excuse for feathering their nest – especially those people in the media that treat Ron Paul’s campaign as a money-making business.

[3] You will see clearly that what will happen in 2012 onward is that those existing economic policies will get restructured, to catch the economic fallouts of the restructuring European Economic Union. Even the make-over of our overseas industrial complex that will take place in Asia, mainly in China, will make the United States the strongest economic power than it was ever before.

[5] The anti-Obama Congress will look into how did Obama become president [the birth certificate blowback of the "freest election" on the planet], and will pass a law to see to it that it will never happen again.

[6] The new national leadership will become more vigilant in protecting the State against the continuous attacks of the enemy within. It might even get paranoid as those attacks accelerate. And if there is anything that you and I should worry about, it is this possibility that the "Generals" of the Armed Forces might think enough is enough, and like knights in shinning armor decide to intervene, precisely because of what the CIA and FBI were presumed to be doing. The JFK assassination is still a skeleton in the closet.

[7] Congress will pass a law that would outlaw any "candidate of the lunatic fringe" to run for president. The compelling reason behind that move is that for the survival of the State, the State will protect itself against attacks of what MSNBC’s Chris Mathews aptly described as "demon[s] sent from the depths of hell to destroy humanity and plunge the planet into eternal dakness."

It is a question of survival. Since time immemorial, the State is always prepared to defend itself. The U.S. Supreme Court had established this landmark..