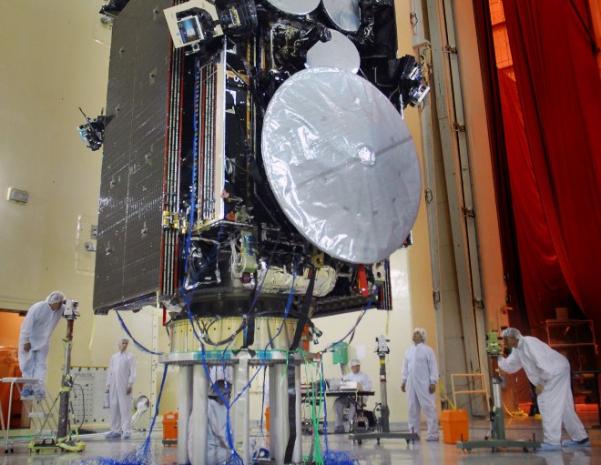 It was an epic space rescue that, in audacity and risk, echoed NASA’s campaign to save the astronauts aboard the doomed Apollo 13 moon mission. The biggest difference between the 1970 Apollo operation and the 14-month recovery of AEHF-1, an Air Force communications satellite, is that money was the only thing immediately at stake in the latter.

Granted, it was quite a lot of money: around $2 billion. And the satellite’s loss would also set back the Pentagon’s efforts to revamp its communications infrastructure as battle becomes more bandwidth-intensive.

The details of AEHF-1′s rescue, completed in October this year, are only now becoming clear as members of the Air Force team speak out. Saving the pricey, long-in-development comms satellite — one of a planned six-craft constellation meant to relay data between military forces scattered across the globe — involved some bold decision-making, a lot of creative engineering, not a little bit of luck and, last but not least, a steady supply of pizzas delivered to the Space and Missile Systems Center at Los Angeles Air Force Base, where military and contract space operators worked around the clock to plan the satellite’s recovery.

The brand-new Advanced Extremely High Frequency communications satellite (pictured) was 140 miles over the Earth’s surface before controllers knew anything was wrong. As far as the space operators knew, the Lockheed Martin-built satellite was functioning perfectly. It was Oct. 15, 2010, just one day after the 7-ton AEHF-1 had blasted into orbit atop an Atlas rocket. The controllers planned to activate the satellite’s hydrazine engine in order to alter the spacecraft’s flightpath, gradually transitioning from an oblong elliptical orbit to a circular, geosynchronous one allowing steady coverage of the Earth below.