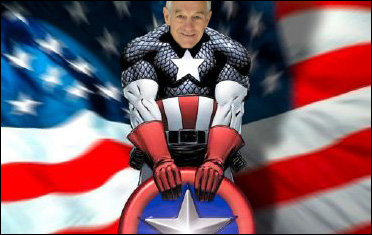 The Littleton Courier, Berlin Reporter, and Coos County Democrat all endorsed Paul for president in the 2012 election.

“Former Massachusetts Gov. Mitt Romney has been in the lead for months,” wrote one of the op-eds, “but voters still seem desperate for an alternative. There’s always another candidate pulling stronger or almost as strong numbers in the polls. Voters have lost faith in Obama, but they are not sold on Romney to replace him. Congressman Ron Paul, however, has never voted to raise a tax and voted against all of the bailouts that have riled up Tea Partiers and Occupy Wall Streeters alike,” editors at these papers said. The three dailies are all owned by the same company, Salmon Press Newspapers out of Meredith, NH.

The 12-term Congressman is currently in New Hampshire for the Republican Primaries, which take place on Tuesday Jan. 10.

Ron Paul was in a tie with the 2 other big government BORG agents otherwise known as Mitt Romney and Rick Santorum, in the Iowa presidential caucus.  All 3 candidates received 6 delegates.  Ron Paul received double the number of votes in the same contest as he did in 2008.
With Ron Paul's strong showing in the Iowa caucus, these newspaper endorsements and his legions of faithful, tireless supporters will result in Ron Paul recieving the Republican Nomination.  Ron Paul is seen as the only candidate with enough political clout to defeat Barack Obama in the general election.

Biden: "This is not about freedom or personal choice." It's all about TYRANNY!

The Failure of Centralized Power Is Leading To "A Great Unraveling"

Authoritarianism Pandemic is the Real Threat

The Case For A Free-Market Medical Care System

The Road To Totalitarianism Is Paved With "Vaccine Passports"

'That's My Job' - The Murder Of Ashli Babbitt

The Stage Is Set for A Crack Up Boom -- Are You Prepared?

Fauci: 'I Respect People's Freedom But...'

From the Nixon Shock to Biden-flation

The Secret Ronald Reagan Told Me About Gold and Great Nations

Masks: What Are They Hiding?