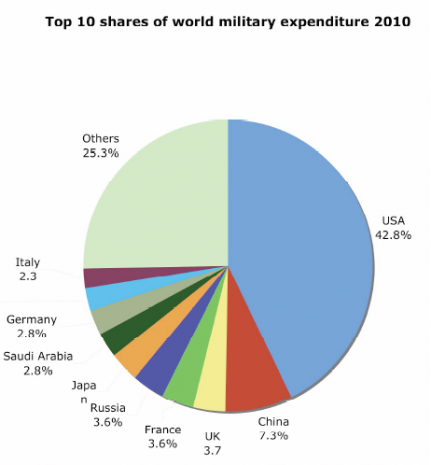 O ur elected representatives talk about the need for jobs, yet few have spoken up to protect New York’s defense workers from the chopping block. The massive defense cuts proposed by the Obama administration coupled with the mandatory defense cuts resulting from the failure of the debt supercommittee will put all Americans at greater risk and have a devastating impact on the economy of the Empire State.

3 Comments in Response to Don’t gut our defense budget: Military spending is responsible for thousands of jobs in New York

Dennis’ comment obviously sucks. Review the other comments. It seems that V. Tan had a reliable inside information. Anti-NDAA and Government-hate comments are coming only from one source, the source that’s full of hate – the source that dreams Ron Paul will be the next president of the United States!

Ken, yours is real. The other below yours is fake!

I hear you Dennis.

I also worked on military contracts for about 6 years -- the electronic frequency converters for the Aegis missile cruisers.

Oh, the stories I could tell!

Some of the things I saw were jaw-dropping stupid and others were ironically funny-stupid.

I worked in the military industrial complex (MIC) for something like 10 years.

On one job, I sat next to an ex-navy fighter pilot who flew sorties over Viet Nam way back when.  One day he asked me if I knew why there were no windows in the building where we were working.  I ventured, "So the Russians can't see in?"

Around the same time, I don't recall if it was before or after, a number of employees were dismissed after they were discovered entertaining themselves in idle time (of which there was no shortage) by desigating roaches with numbered tags and racing them.

I got a regular check.  Yay!  Other than that, it was a complete waste of my precious time.  The only challenge was how to deal with the excruciating boredom.

I had watched Carl Sagan's "Cosmos" on PBS the same year.  He protested that the SETI program cost less than a single modest military program, but that Congress declined to fund it.  He went on to describe how much/many resource(s) was devoted to war.  Not long after, I had to use a shuttle to travel to another part of the facility where I worked.  There were the mile-long hangars, with multiple portable military looking air conditioning units ever 20 feet, thousands of vehicles in the parking lot, etc. etc etc.

Today, I saw the Ron Paul "For Liberty" video.  His argument against non-intervention stood out to me.  I am reminded of Claudius, who invaded England to demonstrate his military genius.  By some accounts, the Brits were already choosing to pay a very high tribute in hopes of avoiding invasion.  Rome could not hope for more.  But Claudius invaded anyway.  And he got his military victory.  But that victory was a financial disastor.  Without adding anything to incoming tribute, the subsequent occupation of England added greatly to expenses.

If Claudius won the war, he lost the peace.

How true those words ring concerning current interventionist policies.  We've been winning the war for a while and losing the peace.  We may reach a point where we don't win the war either.

How can such policies be said to facilitate anybody's pursuit of happiness?  The jobs suck, the fighting sucks and if we ever do find ourselves on the losing end, that will suck even more.

If only the benefits of waging peace could be made clear . . .!!!

Recently, I looked at a chart of the volume of money printing by the Federal Reserve.  Carter (to his credit) according to this chart, didn't do it.  Reagan started it in star wars.  We could print money and we did.  The Russians couldn't.  We "won".  And that's where the money came from to give me those jobs in the MIC that sucked so bad.

After Reagan, the first Bush did it.  Clinton continued it.  The second Bush (and I don't know if this was to his credit or not) TRIED to level it out at one point.  According to this chart (one of those end-of-america.com articles advertised on Fox), that attempt immediately preceded the big crunch of 2008.

Paul's advocacy of end the fed and reverse interventionist policies looks like the only viable solution.

This guy whining about the loss of jobs, while I can sympathise, jobs that come at THIS high a price . . .  Well, there has to be a better way forward.

When Your Government Ends A War But Increases The Military Budget, You're Being Scammed

When Your Government Ends A War But Increases The Military Budget, You're Being Scammed

Taiwan Is Not About China