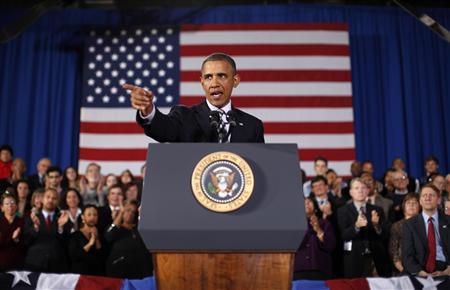 The strategic review of U.S. security interests will also emphasize an American presence in Asia, with less attention overall to Europe, Africa and Latin America alongside slower growth in the Pentagon's budget, the officials said.

Though specific budget cut and troop reduction figures are not set to be announced on Thursday, officials confirmed to Reuters they would amount to a 10-15 percent decline in Army and Marine Corps numbers over the next decade, translating to tens of thousands of troops.

The most profound shift in the strategic review is an acceptance that the United States, even with the world's largest military budget, cannot afford to maintain the ground troops to fight more than one major war at once. That is a move away from the "win-win" strategy that has dominated Pentagon funding decisions for decades.

The move to a "win-spoil" plan, allowing U.S. forces to fight one campaign and stop or block another conflict, includes a recognition that the White House would need to ramp up public support for further engagement and draw more heavily on reserve and national guard troops when required.

Great!  Tens of thousands more people to be out of work.  The unemployment rate just went up.