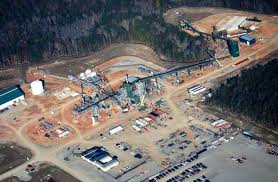 The failed Range Fuels wood-to-ethanol factory in southeastern Georgia that sucked up $65 million in federal and state tax dollars was sold Tuesday for pennies on the dollar to another bio-fuel maker with equally grand plans to transform the alternative energy world.

LanzaTech hasn't received the same type of loans, but the company has received $7 million from the U.S. departments of Energy and Transportation to assist in the development of alternative fuels.

Range cost U.S. taxpayers $64 million and Georgia taxpayers another $6.2 million. Tuesday's sale netted $5.1 million which will help offset losses suffered by the U.S. Department of Agriculture. Georgia's money, which paid for some of the ethanol-making equipment, won't be recouped outright, but state officials expect LanzaTech to use the machinery.