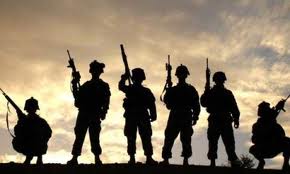 Debacle!
How Two Wars in the Greater Middle East Revealed the Weakness of the Global Superpower

It was to be the war that would establish empire as an American fact.  It would result in a thousand-year Pax Americana.  It was to be "mission accomplished" all the way.  And then, of course, it wasn't.  And then, almost nine dismal years later, it was over (sorta).

It was the Iraq War, and we were the uninvited guests who didn't want to go home.  To the last second, despite President Obama's repeated promise that all American troops were leaving, despite an agreement the Iraqi government had signed with George W. Bush's administration in 2008, America's military commanders continued to lobby and Washington continued to negotiate for 10,000 to 20,000 U.S. troops to remain in-country as advisors and trainers.

Only when the Iraqis simply refused to guarantee those troops immunity from local law did the last Americans begin to cross the border into Kuwait.  It was only then that our top officials began to hail the thing they had never wanted, the end of the American military presence in Iraq, as marking an era of "accomplishment."  They also began praising their own "decision" to leave as a triumph, and proclaimed that the troops were departing with – as the president put it – "their heads held high."

In a final flag-lowering ceremony in Baghdad, clearly meant for U.S. domestic consumption and well attended by the American press corps but not by Iraqi officials or the local media, Secretary of Defense Leon Panetta spoke glowingly of having achieved "ultimate success."  He assured the departing troops that they had been a "driving force for remarkable progress" and that they could proudly leave the country "secure in knowing that your sacrifice has helped the Iraqi people begin a new chapter in history, free from tyranny and full of hope for prosperity and peace."  Later on his trip to the Middle East, speaking of the human cost of the war, he added, "I think the price has been worth it."

And then the last of those troops really did "come home" – if you define "home" broadly enough to include not just bases in the U.S. but also garrisons in Kuwait, elsewhere in the Persian Gulf, and sooner or later in Afghanistan.