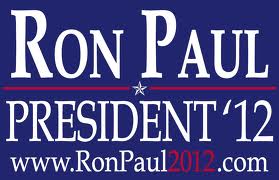 LAKE JACKSON, Texas – 2012 Republican Presidential candidate Ron Paul is in second place in the key early voting state of New Hampshire with a remarkable 24 percent of the vote, according to a new poll.

Poll highlights include an acknowledgment that Paul has an opportunity for growth, and that about half of all single voters support the 12-term Congressman from Texas.

“On the heels of his close third place finish at the Iowa Caucus, Ron Paul is polling a strong second place in New Hampshire.  From here on out, it is a two-man race between Ron Paul and Mitt Romney given that one of the tickets out of Iowa was a dead-end due to Rick Santorum’s glaring lack of viability,” said Ron Paul 2012 National Campaign Chairman Jesse Benton.

“There are only two campaigns that have the resources and infrastructure to win the Republican nomination – and one of those organizations belongs to Ron Paul,” added Mr. Benton.

PS. These questions will be ask by a brother of a staff member the Mitt`s trust....Can`t wait.The friend also has some very disturbing stuff from behind the scenes of the Romney Campaign...like some companies that made donations,and then vanished soon after...and more!  And Mitt has NO IDEA when...like a thief in the night he will come,but it will be in daylight,on stage,in front of the world.

I can not wait to see,and hear him come up with some lame crap,and watch the idiots cheer him...ha ha ha

Mitt has no idea,but! soon he will be confronted with questions about the Wars he is willing to start,and his coward son`s,and his coward self. Out of the Blue in front of America he will have to come up with a believable answer..he hasn`t one.

Last time there was blatant voter fraud in NH.  This time I hear the precincts don't even have to turn in  "total number of voters" figures so precincts will be free to stuff the boxes.  I would not get my hopes up.  Oh yeah and thanks for throwing away my first message for not guessing correctly on the fields I entered last time I posted.  I really liked typing this all in again.