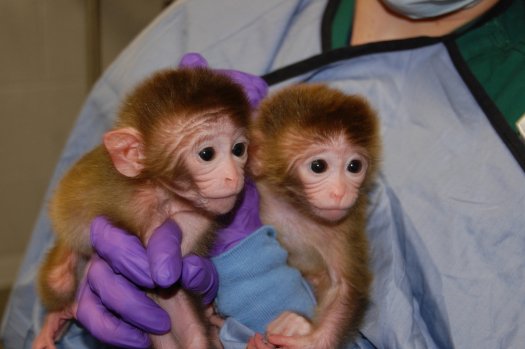 Scientists have produced the world’s first chimeric monkeys, developed from stem cells harvested from separate embryos. They contain genetic material from as many as six genomes. The infant rhesus monkeys are totally healthy and could hold great promise for future stem cell research in primates, researchers say. They also carry an interesting and controversial message for future stem cell research: Those cultured stem cell lines in labs throughout this country, such a crucial scientific tool and such a cultural flashpoint, may not be as potent as the ones inside embryos.