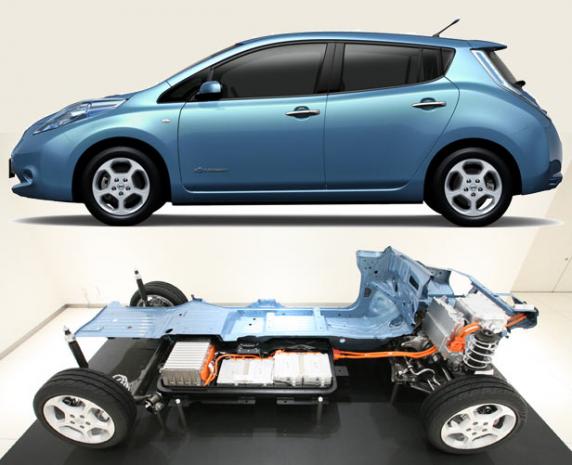 When General Motors cancelled its EV1 electric car in 2003, some called it a technology tragedy. The cars, which could travel around 60 miles on a single charge of their lead-acid batteries, were taken off the roads and crushed. Protesters staged a mock funeral; others accused GM of failing intentionally. While GM never revealed the actual cost of building an EV1 (the vehicles were only leased, not sold), the company had invested $1.5 billion in the project. But it declared the car an economic failure with no chance of reaching a mass market.

Seven years later, in December of 2010, Japan's Nissan launched the Leaf, a four-door all-electric sedan. The range of the Leaf isn't much better than that of the EV1—100 miles, according to Nissan (but closer to 70 miles in government tests). The major difference this time around is that the Leaf has a definite price tag: $35,200.

That's not cheap. But Nissan thinks the Leaf is the first electric car that will appeal to a mass market. The company says it was able to lower the cost because of improvements in battery technology (it uses more potent lithium-ion batteries) and because it decided to build the batteries itself. In 2012, it plans to open a manufacturing facility in Smyrna, Tennessee, that will be able to turn out 200,000 battery packs—and 150,000 cars—a year.