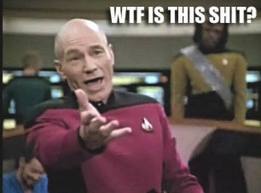 DES MOINES, Iowa -- Caucus night was chaotic in many places, with hundreds of voters, candidates showing up and the throngs of media who followed. The world's eyes were on Iowa. But in the quiet town of Moulton, Appanoose County, a caucus of 53 people may just blow up the results.
Edward True, 28, of Moulton, said he helped count the votes and jotted the results down on a piece of paper to post to his Facebook page. He said when he checked to make sure the Republican Party of Iowa got the count right, he said he was shocked to find they hadn't.
"When Mitt Romney won Iowa by eight votes and I've got a 20-vote discrepancy here, that right there says Rick Santorum won Iowa," True said. "Not Mitt Romney.
"True said at his 53-person caucus at the Garrett Memorial Library, Romney received two votes. According to the Iowa Republican Party's website, True's precinct cast 22 votes for Romney.
"This is huge," True said. "It essentially changes who won."