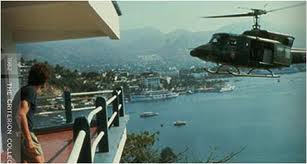 National-Security Assassination of Americans in 1973
by Jacob G. Hornberger

A Chilean judge has indicted a retired U.S. Naval officer, Capt. Ray E. Davis, in the murder of two American citizens in Chile during the U.S.-supported Pinochet coup in 1973. The indictment indicates that the U.S. military and the CIA may have been responsible for the national-security assassination of two Americans several decades before the start of the war on terrorism.

The two Americans were journalists — 31-year-old Charles Horman and 24-year-old Frank Teruggi. During the Pinochet coup in 1973, both men were taken captive and executed in cold blood.

For decades, the CIA, playing the innocent, denied any involvement in the murders.

Then, in 1999 a declassified State Department document revealed that the CIA had, in fact, played some unidentified role in at least Horman’s murder.

What role? We don’t know. Ever since the revelation of that State Department document, the CIA has remained mum on the case, obviously taking the position that secrecy and cover-up is the best policy.

By the same token, despite the fact that the State Department document clearly furnished sufficient cause to impanel a federal grand jury to investigate the CIA’s role in the murders, the Justice Department under both Republican and Democratic regimes has steadfastly failed and refused to do so.

At the same time, Congress has failed and refused to open an investigation into the murders, in the process subpoenaing CIA officials to testify what exactly the CIA’s role was in the murders, the identity of the CIA officials who participated in the murders, and whether President Richard Nixon or other high U.S. officials ordered the hit to be made on the two Americans.

Horman’s murder was the subject of the movie “Missing,” starring Jack Lemmon and Sissy Spacek.