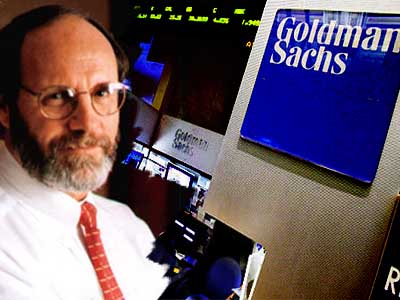 (Reuters) - MF Global unloaded hundreds of millions of dollars' worth of securities to Goldman Sachs in the days leading up to its collapse, according to two former MF Global employees with direct knowledge of the transactions. But it did not immediately receive payment from its clearing firm and lender, JPMorgan Chase & Co (JPM.N), one of the sources said.

The sale of securities to Goldman occurred on October 27, just days before MF Global Holdings Ltd (MFGLQ.PK) filed for bankruptcy on October 31, the ex-employees said. One of the employees said the transaction was cleared with JPMorgan Chase.

At the same time MF Global, which was run by former Goldman Sachs head Jon Corzine, was selling securities to Goldman to raise badly needed cash, the futures firm was also drawing down a $1.2 billion revolving line of credit it had with JPMorgan, according to one of the former MF Global employees.

JPMorgan spokeswoman Mary Sedarat said the bank did not withold money because of the line of credit. She declined further comment on details of the transactions.