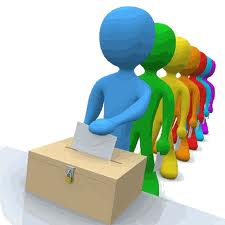 I know this is a long post. But if you enjoy small town soap operas and tales of political corruption, please read on.
******

OK, so it was only three votes.

In a statewide election that was settled by a margin of eight votes, three votes could be important. But I will be honest with you, I'm almost sure none of those votes were cast for the top three contenders.

So why should I care?

Because the people who cheated, did it in MY precinct.

They did it by lying to MY face.

They knew EXACTLY what they were doing and why it was wrong.

Because these people are rich, well-connected, and already enjoy a disproportionate influence over the political process in the United States.

Because their act of petty vote fraud was so gratuitous, so pointless, and yet so symbolic of the contempt that the political insiders have for the "peasants" that comprise We the People.

As I have described elsewhere, my wife Nancy and I bit off more than we could chew on caucus night. As county chair I was ultimately responsible for seeing that the caucuses for the four precincts in our town were run fairly.

Nancy and I arrived early at the high school where I had reserved four rooms, one for each precinct in our town. A few more Paul supporters showed up and a short time later a lady (I will call her "Roberta"), a middle-aged man ("Gary") and a young man in a blue blazer arrived together carrying campaign material for Bachmann and Gingrich. I recognized "Roberta" as the local socialite who had hosted Bachmann in her home last week, Gingrich at a local restaurant, and a teleconference with Joe Biden and Herman Cain. Her fancy house on a hill is in our precinct so I wasn't surprised that she was at our caucus.

She asked if she had arrived in the "Ron Paul room" by mistake ("Ha Ha"). She started telling anyone who would listen that she thought that "we" should only support the candidates who had come to our town and that she had asked "all of them" to show up.

I asked her if she had invited Ron Paul and she said that she had. "We know him VERY well but he said he was going to Council Bluffs instead".

We had a record turn out in all of our precincts. In Precinct 3 (mine) we were trying to squeeze 80 people into a classroom seating 35. As the secretary, Nancy was being run ragged checking everyone against a registration list, and filling out voter registration forms for the unusually large percentage of new Republicans voting for Ron Paul.

I started the caucus and was elected as the permanent chairman. I invited a representative from each candidate (alphabetically) to speak for a maximum of five minutes, reminding everyone that the secretary (my wife) would be timing everyone and made a joke about how strict she was. Then we began.

"Roberta" spoke for Bachmann gushing about how wonderful it was that a WOMAN was running for president. "Gary" had an official letter from Gingrich and so I let him rant for five minutes about what a great thing the "Contract With America" was and how Newt had single-handedly balanced the budget during the 1990's. After five minutes my wife called "time", and he kept talking. I stepped to the podium and said "Excuse me, but your time is up". He kept talking. "I'm sorry," I said, placing my hand gently on his shoulder, "But we really need to move on." He finally shut up and angrily stepped aside.

"Anyone for Jon Huntsman?" I asked. Gary immediately said, "I'll speak for him!" As chairman I ruled that he could not.

Finally it came time to vote. My wife and I were scrambling to hand out the pre-printed ballots I had prepared. I came to "Blue Blazer" who looked unfamiliar and (thinking he might be a college student registered to vote somewhere else) I asked him if he had checked in and if he was a registered voter in our precinct. He hesitated. "Yes, he's registered," Roberta said almost immediately as she and Gary smiled and accepted their ballots. To save time Nancy and I started handing out the rest of the ballots to be passed down the rows since the standing room only crowd was difficult to navigate.

Noticing this Gary smirked and shouted out, "As they say in Chicago, 'Vote early and often'."