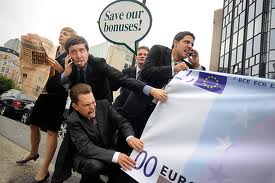 EU transaction tax 'in law by year end' ... The European Union is set to move ahead with plans for a financial transaction tax despite British opposition, with a senior French politician saying the new levy will be in place by the end of year. Britain and Sweden are alone among the EU's 27 member countries in opposing the tax. Jean Leonetti, France's minister for European affairs, yesterday gave the clearest indication yet that the tax will be brought into law, saying the French and German governments were agreed that it should be implemented. – UK Telegraph

Dominant Social Theme: This is necessary because the banksters are thieves and should pay for their crimes.

Free-Market Analysis: The powers-that-be are pushing a transaction tax once again. For those who want to rule the world, a transaction tax is ideal. Everyone from the largest to the smallest would likely be under an affirmative obligation to keep some sort of log of trades and transactions.

This follows as surely as night follows day. Either a log would be kept for them or they would keep a log. Either way, the record-keeping would be compulsory. In the beginning perhaps the records would be anonymous. But the idea will be to keep records: painstaking records.

This will open up a bonanza of new crimes and criminals, in our view. First of all, as times goes on, trade data could be matched by powerful computers to detect patterns of "insider trading." But sooner or later other crimes would be discovered as well.

One could come up with a whole category of market manipulation crimes once trade data is extensively tabulated. There could be volume crimes in which trades overwhelm the market, moving certain investments instruments up or down.