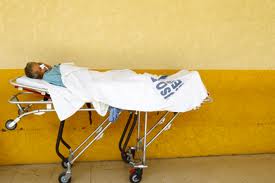 NEW YORK (CNNMoney) -- Doctors in America are harboring an embarrassing secret: Many of them are going broke.

This quiet reality, which is spreading nationwide, is claiming a wide range of casualties, including family physicians, cardiologists and oncologists.

Industry watchers say the trend is worrisome. Half of all doctors in the nation operate a private practice. So if a cash crunch forces the death of an independent practice, it robs a community of a vital health care resource.

Doctors list shrinking insurance reimbursements, changing regulations, rising business and drug costs among the factors preventing them from keeping their practices afloat. But some experts counter that doctors' lack of business acumen is also to blame.

Loans to make payroll: Dr. William Pentz, 47, a cardiologist with a Philadelphia private practice, and his partners had to tap into their personal assets to make payroll for employees last year. "And we still barely made payroll last paycheck," he said. "Many of us are also skimping on our own pay."