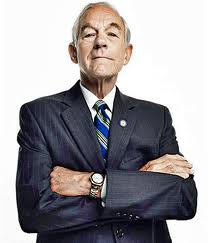 GOP contender Ron Paul is on the offensive in South Carolina, targeting Newt Gingrich, who is still favored by a firmly conservative voting population in the The Palmetto State.

The Paul campaign has issued a scathing mailout that takes Gingrich to task, labeling the former House Speaker a ‘counterfeit conservative’.

Polls indicate that Gingrich still has a double-digit lead in South Carolina, with the primary fast approaching in just over two weeks on January 21.

In response, the Paul campaign is hard at work in an effort to wake voters up to the fact that Gingrich has a far from conservative record and in reality offers no deviation from the establishment status quo.

“Newt Gingrich has a long record of liberal appeasement, flip-flopping on key issues, and lobbying for insider millions,” the Texas congressman says in his letter. “I have rarely seen a candidate who represents so much of what is wrong with Washington and what is wrong with our political system.”