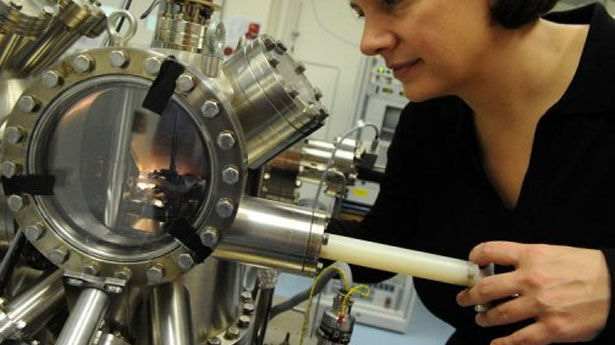 Scientists said Thursday they have designed tiny wires, 10,000 times thinner than a human hair but with the same electrical capacity as copper, in a major step toward building smaller, more potent computers.

The advance, described in the US journal Science, shows for the first time that wires one atom tall and four atoms wide can carry a charge as well as conventional wires.

That could lead to even tinier electronic devices in the future as well as new steps toward quantum computing, an industry still in its infancy which would create powerful computers that could sift through massive amounts of data faster than current digital computers which use binary code.

Zeroes and Ones: Into The Depths of Computation | Jim Keller and Dr Jordan B Peterson

Should You Leave Your Laptop Plugged in All the Time?

Beginner Friendly - How to Install a BMS with Bluetooth!!

Tesla Overcoming Chip Shortages that Are Crushing Other Carmakers

ColdQuanta Atom Tech for Million Qubit Quantum Computers and Beyond