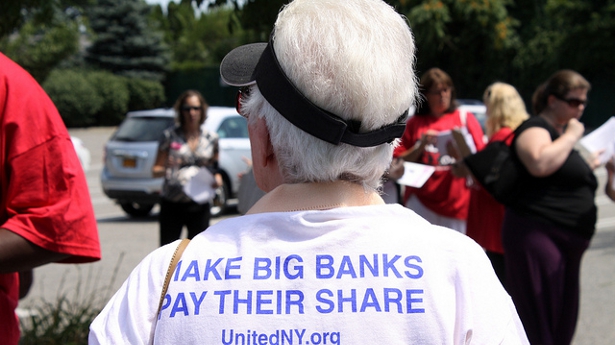 A group of senior citizen activists calling themselves “Wild Old Women” staged a protest at a San Francisco Bank of America branch this week and succeeded in causing the business to close its doors, albeit temporarily.

The Bank of America in Bernal Heights, a district of San Francisco, was confronted by the activists on Thursday afternoon, according to KCBS radio reporter Doug Sovern, who was on the scene.

The women were ages 69 to 82, and they stood on a sidewalk holding signs that demanded lower fees, higher taxes for the wealthy and a freeze on foreclosures. The bank locked its doors as soon as they arrived, Sovern noted.

“We’re upset about what the banks are doing, particularly in our neighborhood and neighboring areas, in evicting people and foreclosing on their homes,” one of the activists was quoted as saying. “We’re upset because the banks are raising their rates because it really affects seniors who are on a fixed income.”