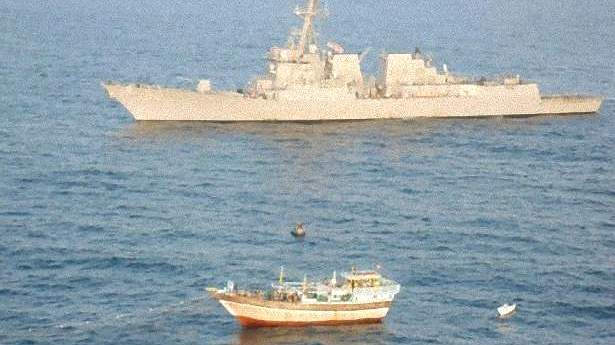 A US Navy ship has rescued 13 Iranians held hostage by Somali pirates for weeks in the Arabian Sea, the American military said on Friday.

The rescue effort came despite days of rising tensions between Iran and the United States, with Tehran issuing threats and warning America not to send the USS John C. Stennis aircraft carrier through the strategic Strait of Hormuz.

But one of the ships accompanying the Stennis, the USS Kidd, came to the aid Thursday of Iranians on the fishing dhow Al Molai, whose captain issued a call for help saying “he was being held captive by the pirates.”

The American destroyer responded to the distress call from the Iranian-flagged fishing vessel and sent in a Navy team to free the Iranian crew, the Bahrain-based Fifth Fleet said.