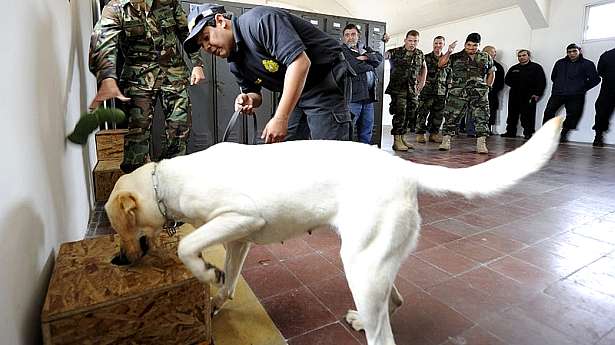 The US Supreme Court agreed Friday to hear a case to determine whether the use of police dogs sniffing for drugs outside homes is a violation of the constitutional rights of the residents.

The case involves a Miami homeowner accused of growing marijuana in his house, who contends the dog’s sniffing on his porch was the same as an illegal “search” of his home.

The Fourth Amendment requires police to present evidence to a judge that a crime has occurred, then obtain a warrant before they can search a home.

Miami-Dade police had no search warrant before Franky the dog signaled to his handler that he detected marijuana at the home of Joelis Jardines in December 2006.

Instead, they used Franky’s signal of sitting down as the primary evidence to obtain a warrant.

This is a no-brainer:  If the dogs are on private  property and no search warrant has been issued, this would surely be a violation of the Constitution. (There should be exceptions if there is honest probable cause for the dogs to be employed:  Sadly, probable cause is a highly subjective "catch-all" excuse that is often abused by law enforcement to cover their blatant disregard for the civil and human rights of various citizen's.)

These days, it's hard to read the courts:  There is no telling what the outcome will be.

I'm sure the Supreme Court of the United States will first and foremost be out in front of protecting our Rights.   Don't you think so?  :-D