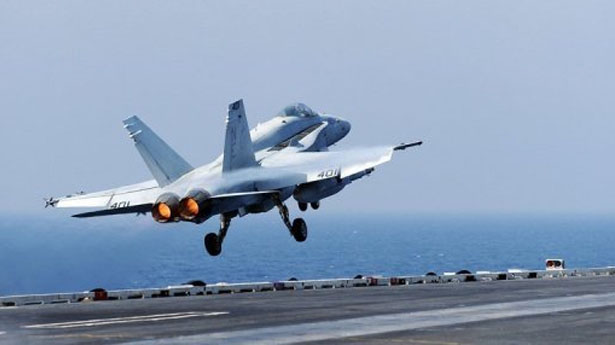 The United States will respond if Iran tries to close the strategic Strait of Hormuz at the entrance to the Gulf, US Defense Secretary Leon Panetta warned Sunday, saying such a move would cross a “red line.”

“We made very clear that the United States will not tolerate the blocking of the Straits of Hormuz,” Panetta told CBS television. “That’s another red line for us and that we will respond to them.”

Panetta was seconded by General Martin Dempsey, the chairman of the Joint Chiefs of Staff, who said Iran has the means to close the waterway, through which 20 percent of the world’s oil passes.

“But we would take action and reopen the Straits,” the general said on the same show, “Face the Nation.”

Their comments follow Iranian threats to close the strait if the European Union slaps an embargo on Iranian oil, the latest step in a US-led campaign to pressure Tehran to give up their nuclear program. Western powers suspects Iran is bent on gaining atomic weapons, which Tehran denies.