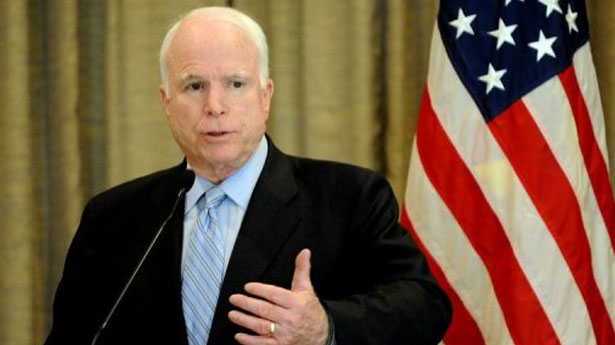 A leading Republican senator warned Sunday that Iraq was “unraveling” in the wake of the withdrawal of US troops, putting at risk the thousands of American civilians in the country.

Senator John McCain, who lost to Barack Obama in the 2008 presidential election, blamed the deteriorating situation on the Obama administration’s failure to leave behind a residual US force.

“I think there’s clearly an unraveling going on which could eventually lead basically into three different kinds of states in Iraq,” McCain said on CBS television’s “Face the Nation.”

The last American troops withdrew from the country in mid-December, ending a turbulent, near nine-year occupation and military presence that followed the US-led invasion of the country in 2003.

Lying with Malice Aforethought in Mind

Colin Powell And The Empire Of Lies

Biden Claims Bombing Syria And Iraq Is A 'Defensive' Move. What?