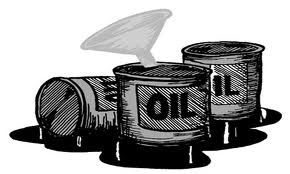 (Reuters) - Western powers this week readied a contingency plan to tap a record volume from emergency stockpiles to replace nearly all the Gulf oil that would be lost if Iran blocks the Strait of Hormuz, industry sources and diplomats told Reuters.

They said senior executives of the International Energy Agency (IEA), which advises 28 oil consuming countries, discussed on Thursday an existing plan to release up to 14 million barrels per day (bpd) of government-owned oil stored in the United States, Europe, Japan and other importers.

Action on this scale would be more than five times the size of the biggest release in the agency's history -- made in response to Iraq's 1990 invasion of Kuwait.

The maximum release, some 10 million bpd of crude and about 4 million bpd of refined products, could be sustained during the first month of any coordinated action, the plan says.

"This would form a necessary and sensible response to a closure of the strait," a European diplomat told Reuters. "It wouldn't take long to put in place if it was required ... and would be unlikely to prove controversial amongst the (IEA) membership."

Olde Reb: Your right. Can you imagine how much could be saved by not allowing our own military to be flying around daily dumping chemicals into our skies above us. Chemtrail dumping, plus the cost of buying those chemicals from places like Monsanto, shipping them to the air force bases, the cost of paying those traitors that fly those jets that are doing the dumping. That is most likely where Obama's 665 billion is going for the military bill he signed on 12/31/2011.

can you imagine how much oil we would save if we shut down the military ???