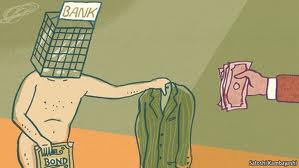 (Reuters) - Blue-chip names like Johnson & Johnson (JNJ.N), Pfizer (PFE.N) and Peugeot (PEUP.PA) are among firms bailing out Europe's ailing banks in a reversal of the established roles of clients and lenders.

One source with knowledge of the so-called repo deals or short-term secured lending, said the two U.S. pharmaceutical groups and French carmaker were the latest to sign up for them.

Europe's banks are struggling to secure the cash to fund their day-to-day business and have largely stopped lending to each other for fear Europe's sovereign debt crisis could land any of their peers in trouble.

As a result a group of well-known, cash-rich companies with solid cash flows has stepped in the repo market, which provides a form of lending so far almost exclusively in use between banks, and between banks and central banks.

One market participant said in one key area of lending companies now accounted for 25 percent of these deals.

Repos provide the new financiers with the strict guarantees they need before parting with their cash, answering worries that the crisis has weakened Europe's banks to the extent that they might not be able to pay the money back.