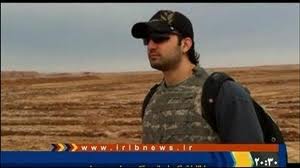 (Reuters) - Iranian and Western sources said on Monday Iran had switched on a uranium enrichment plant deep inside a mountain, a momentous step that aggravates Tehran's nuclear dispute with the West.

In a separate development that will infuriate Washington, Iran also announced that it had sentenced to death an Iranian-American dual citizen it arrested last month as a spy.

The moves come at a time when new U.S. sanctions imposed over Iran's nuclear program are causing real economic pain. Tehran has responded with threats to international shipping that have spooked oil markets. And a parliamentary election in two months is widening Iran's internal political divisions.

"The enrichment in Fordow has started," an Iranian official who asked not to be identified told Reuters. Two diplomats at the Vienna headquarters of the International Atomic Energy Agency, which has inspected the site, confirmed it.

Iran has long said it would begin enrichment of uranium at the site, deep under a mountain near the Shi'ite Muslim holy city of Qom, but some Western capitals may have hoped it could be persuaded to hold off to restart diplomacy to lift sanctions.