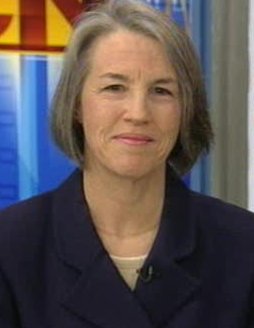 I ran for governor against Mitt Romney in 2002 in Massachusetts. I read his every press release, read every major newspaper article about him, and followed his every move throughout his governor campaign -- and in each of the four years he served as governor.

Mitt Romney IS Big Government -- to the core.

Which is why I nearly fell off my chair one day when I was asked by a libertarian, “Aren’t you glad to have Mitt Romney as your governor? He’s pretty libertarian, isn’t he?”

It is critical that voters know the truth about Big Government Mitt Romney. Please forward the below column to every voter you know who would consider voting for him.

Thank you for helping to set the record straight.

Is Mitt Romney the “economic conservative” he claims to be? Especially when it comes to tax and spend policies?

Now that he’s running for president, let’s compare his words with his deeds.

Romney claims to be anti-tax. He even “took” a “no new taxes” pledge when he ran for Governor of Massachusetts in 2002. “Took” is in quotes because he refused to sign that pledge. His signature wasn’t necessary, he claimed. He assured us that he’s a man of his word.

But Mitt Romney has been a champion of new taxes.

Mitt Romney proposed three new taxes while campaigning for governor: a new tax on vehicles, a new tax on campaign donations, and a new tax on building construction. They didn’t get much fanfare in the media and were quickly forgotten.

Right before the 2002 election, he ran millions of dollars in ads portraying himself as a “no new taxes” governor. The media refused to set the record straight.

But that was only the beginning.

This, he claims, is not raising taxes.

I suppose you could say Romney merely enacted bills that force taxpayers to hand over billions of dollars – which end up in the coffers of the government.

In 2008, Romney boasted that he was the first presidential candidate to sign a “taxpayer protection pledge,” in which he promised to oppose “any and all efforts” to increase income taxes on people or businesses.

So he’ll call his tax increases “government fees” or “closing loopholes” or “penalties” or something else. But if Romney is president, the IRS will collect this money from you, your family, your friends, and millions of Americans just like you.

Mitt Romney claims to have cut the Massachusetts budget by “$2 billion.” Sometimes he claims he cut it “$3 billion.” The media gives him free advertising by parroting this myth repeatedly. They repeat it so often that even many fiscal conservatives and libertarians assume it must be true.

But these “cuts” were merely budget games. Spending cuts in one area were simply moved into another area of the budget.

In fact, not only did Mitt Romney refuse to cut the overall Massachusetts budget, he expanded it. Dramatically.

The Massachusetts state budget was $22.7 billion a year when he took office in January of 2003.

When he left office four years later, it was over $25.7 billion – plus another $2.2 billion in spending that the legislature took “off budget.” (Romney never reminds us of this fact.)

The net effect of budgets proposed and signed into law by Mitt Romney? An additional $5.2 billion in state spending – and a similar increase in new taxes. Every year.

He claims to have done a good job as governor of liberal Massachusetts in light of the fact that it’s a “tough state” for poor “conservatives” like him. He infers his hands were tied by the predominantly Democratic legislature.

But when it comes to tax and spend policies, he’s not only in lockstep with the Democrats. He leads the way.

Each of the four years Romney served as governor, he started budget negotiations by proposing an increase of about $1 billion in new government spending. Before the legislature even named a budget figure.

The legislature responded with a handful of line item budget increases. Romney agreed to some of them and vetoed others. The media helped him out again by making fanfare of his vetoes and portraying him as tough on spending – after he had already given away the store!

But his grande finale was the worst of all: RomneyCare, Mitt Romney’s version of socialized medicine.

By his own admission, he didn’t plan his socialized medicine scheme until after the 2002 election.

During Romney’s governor campaign, he convinced voters that his Democrat rival would be worse – because she would saddle us with socialist tax-and-spend policies, he said.

But soon after he was elected, Romney started the drumbeat for socialized medicine. Three years later, he signed RomneyCare into law.

Voters of Massachusetts did not vote for RomneyCare. Mitt Romney foisted the granddaddy of Big Government expansions upon them without warning. He championed it from the beginning. Again, without any prodding from his Democrat rivals.

When Romney ran for U.S. Senate in 1994, his campaign popularized the derogatory term “Kennedy country” to describe the devastating effects of Ted Kennedy’s “liberal social programs” on poor neighborhoods in Massachusetts.

Yet Mitt Romney stood proudly with Ted Kennedy while he signed RomneyCare into law.

Ted Kennedy has pushed for socialized medicine for decades. Romney fulfilled his dream. Kennedy lobbied the legislature hard to get Romney’s bill passed. It was a Romney-Kennedy alliance.

Romney’s socialized medicine law mandates everyone who doesn’t have insurance to buy it – or suffer income tax penalties. Both individuals and small businesses face steep fines if they refuse to give up their freedom to make their own health care choices. There’s yet another “off budget” Mitt Romney tax increase.

Romney’s mandate will cost individual taxpayers many thousands of dollars every year in health insurance premiums for unwanted policies – or force them to pay sizable tax penalties.

The total cost of RomneyCare in mandates and new spending? At least several billion dollars every year – to start. It will rise from there, as socialized medicine programs are wont to do.

Romney’s law went into full effect in 2009. It’s harmful effects were not felt  until after the 2008 presidential election was over. Romney’s time-release tax increase.

That advice saved me a lot of heartache. And it will do the same for anyone who is leaning towards voting for Mitt Romney.

What does he do when he’s elected?

Mitt Romney hits up taxpayers with a variety of new taxes – while pretending he doesn’t.

Mitt Romney jacks up government spending as much as any Big Government Democrat would.