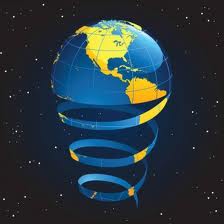 In December 2010 I wrote an article called Will 2012 Be as Critical as 1860?, that pondered what might happen with the 2012 presidential election and the possible scenarios that might play out based on that election. Well, 2012 has arrived and every blogger and mainstream media pundit is making their predictions for 2012. The benefit of delaying my predictions until the first week of 2012 is that I’ve been able to read the wise ponderings of Mike Shedlock, Jesse, Karl Denninger, and some other brilliant truth seeking analysts regarding what might happen during 2012. The passage above from Strauss & Howe was written fifteen years ago and captured the essence of what has happened since 2007 and what will drive all the events over the next decade. Predicting specific events is a futile human endeavor. The world is so complex and individual human beings so impulsive and driven by emotion, that the possible number of particular outcomes is almost infinite.

But, as Strauss and Howe point out, the core elements that created this Crisis and the reaction of generational cohorts to the implications of debt, civic decay and global disorder will drive all the events that will occur in 2012 and for as far as the eye can see. Linear thinkers in mega-corporations, mainstream media and Washington D.C. focus on retaining the status quo, their power and their wealth. They believe an economic recovery can be manufactured through monetary manipulation and Keynesian borrowing and spending. They are blind to the fact that history is cyclical, not linear. In order to have an understanding of what could happen in the coming year, it is essential to keep the big picture in focus. As we enter the fifth year of this twenty year Crisis period, there is absolutely no chance that 2012 will see an improvement in our economy, political atmosphere or world situation. Fourth Turnings never de-intensify. They exhaust themselves after years of chaos, conflict and turmoil. I can guarantee you that 2012 will see increased mayhem, riots, violent protests, recessions, bear markets, and a presidential election that will confound the establishment. All the episodes which will occur in 2012 will have at their core one of the three elements described by Strauss & Howe in 1997: Debt, Civic Decay, or Global Disorder.