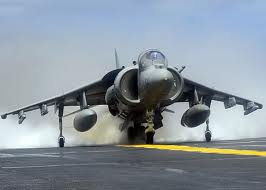 With all eyes focused on Iowa, what is happening in the Persian Gulf escapes most everyone's notice. The babble of competing voices – the nattering nabobs of the mainstream media, the "spin"-doctors, the lobbyists and special interests currently inundating the airwaves with propaganda – drowns out everything else. Nothing short of a major terrorist attack could possibly compete with the Iowa story – and yet what happens in the Gulf, or doesn't happen, will reshape the American political landscape and may well determine the course of the presidential election.

As the aircraft carrier the USS John Stennis retreated in the face of Iranian naval exercises, the Iranian chief of staff gloated:

Bold words, backed up by very little. It turns out those supposedly "long range" missiles they test-fired to top off their recent military exercises couldn't even reach Bahrain, let alone Israel – and were entirely the creation of Photoshop. This posturing is for domestic consumption: as the sanctions continue to bite, the regime seeks to divert popular anger over the country's worsening economic crisis and put the full blame on the Americans (and, as always, the Brits).

The war of words also serves the purposes of our domestic demagogues. US presidential candidate Rick Santorum responded to the Iranians' meaningless chest-beating with practiced cluelessness, announcing he wouldn't hesitate to bomb Iran for fear of rendering America a "paper tiger." The Pentagon, for its part, had a more measured response, as Ha'aretz reports:

"Asked later Tuesday if the U.S. intends to send naval reinforcements to the Gulf in response to Iranian talk of closing the Strait of Hormuz, Pentagon spokesperson George Little did not answer directly but said, 'No one in this government seeks confrontation over the Strait of Hormuz. It's important to lower the temperature.'"