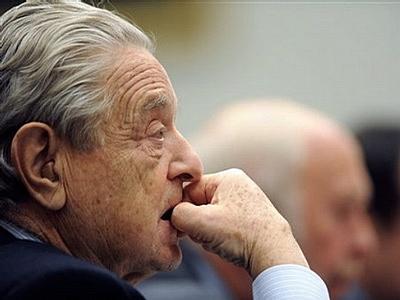 In recent testimony before a Congressional committee, MF Global’s former chief Jon Corzine as well as other MF Global executives said repeatedly the didn’t know where the failed brokerage firm’s $1.2 billion of missing client money was. In fact, MF Global executives knew exactly what happened to the money, as do the regulators who oversaw the firm’s bankruptcy. The so-called segregated customer funds were repeatedly, and legally (through re-hypothication), used as collateral for MF Global loans for 100:1 leveraged bets on European sovereign debt.

Rehypothication is the 800lb gorilla (Editor’s note: make that the 2,000 lb gorilla). In 2007 I was with another fund that was the first 2.5bln casualty of the l

A substantial portion of MF Global’s commodity clients cleared their transactions through the Chicago Mercantile Exchange and Comex, owned by CME Group (ticker: CME). The question now looming over CME’s stock is whether the company will be liable for customer losses, as the Commodity Customer Coalition, a group that says it represents some 8,000 investors—including many hedge funds–with exposure to MF Global are not going down without a fight.

Rather than being treated as a bankruptcy of a commodities brokerage firm under sub-chapter IV of the Chapter 7 bankruptcy law, MF Global was treated as an equities firm (sub-chapter III) for the purposes of its bankruptcy, and this is why the MF Global customer money in so-called segregated accounts “disappeared”. In a brokerage firm bankruptcy, the customers get their money first, while in an equities firm bankruptcy, the customers are at the end of the line, meaning MF Global’s creditors, namely J.P. Morgan and other trading counterparties, got their money first, just as AIG’s CDS (credit default swap) counterparties (mainly Goldman Sachs) got their money first when the U.S. government bailed out AIG.

If the courts permit this form of bankruptcy, every investor who puts money up as security faces a lose if the firm goes into bankruptcy. When investors realize this, every one will remove their funds to safeguard them. It will destroy the entire business.