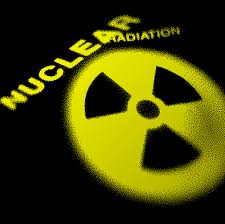 Home for the holidays takes on a whole new glow when flying for the first time through Fukushima fallout to our family in Michigan.

Packing gets peculiar and precise. Inspector Alert nuclear radiation monitor – check. N-95 approved valved respirators to wear during flight – check. Apple pectin – check. Miniature lab to collect samples in a part of the country hammered by high fallout in rain, sleet and snow since March 11, 2012 – check. One pissed off newlywed wife having to endure this nightmare in a country of oblivious people now being forced to wear an N95-rated respirator on the plane because of her enviroreporter husband – check.

This was first time Denise Anne and I had flown since the triple meltdowns – now melt-throughs – had begun spewing astronomical amounts of radioactive goo into the air and ocean and across lands from Japan to Europe. For months, the readings of high radiation have rolled in from across the country where places like St. Louis have been irradiated by rainfall repeatedly over 170 times normal background radiation.

Other areas reporting in to Radiation Station Central, the monitoring assemblage created March 15 to show folks 24/7 radiation readings in the Los Angeles Basin, have sampled and tested rain and snow finding it dozens of times over background. Courtesy of the jet stream pipeline from Fukushima to North America, places like Toronto, Utah, Arizona, North Carolina, Virginia and the Pacific Northwest have all seen high levels of ionizing precipitation.