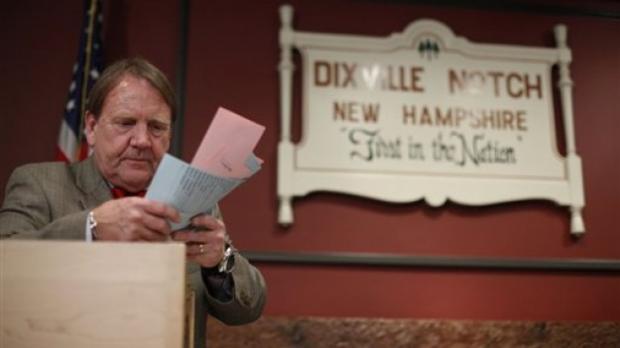 Former Massachusetts Gov. Mitt Romney and Rep. Ron Paul, R-Texas, run neck-and-neck with President Obama in a general-election matchup, according to a new CBS News poll released late on Monday that shows the two front-runners in Tuesday's New Hampshire GOP primary running stronger against the president than their fellow Republicans.

Romney posts a two-point lead over Obama, 47 percent to 45 percent, within the poll's margin of error of plus or minus 2.8 percentage points. He leads Obama, 45 percent to 39 percent, among independent voters.

Obama's lead over Paul is just one point, 46 percent to 45 percent, as Paul leads among independents by 7 points.

Among all adults, just 45 percent of Americans approve of the job Obama is doing as president, slightly worse than the 47-percent approval rating he posted last month. Among independents, 38 percent approve of Obama's job performance, while 49 percent disapprove.