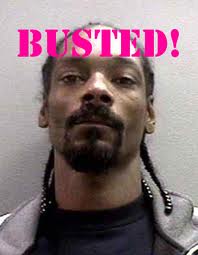 SAN ANTONIO, Texas (Reuters) – Rapper Snoop Dogg was arrested over the weekend after border control agents found what they said was a small amount of marijuana on his tour bus.

The singer and record producer, 40, was stopped at the same Sierra Blanca, Texas, checkpoint Saturday where country singer Willie Nelson was arrested for marijuana possession in 2010, customs officials said.

Bill Brooks, a spokesman for Customs and Border Protection, said agents conducted a routine inspection of the rapper’s tour bus on at the U.S.- Mexico border checkpoint east of El Paso and thought they smelled marijuana.

“When our officers did a further inspection, they discovered a small amount of marijuana and turned him over to the Hudspeth County sheriff,” Brooks said.