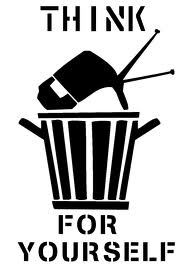 For five years, the writing on the wall has been crystal clear. As 2007 began, the US Foreclosure Market Report for 2006 showed that foreclosures for the year had reached 1.2 million, an increase of 42 percent over the 2005 figure. In early February 2007, in the midst of a growing rash of bankruptcies among small US sub-prime mortgage issuers, New Century Financial announced that it was “recalculating” its “profits for the previous three quarters. New Century was one of the three biggest mortgage brokers in the US. In two days, its stock price dropped 40 percent. Six months later, President Bush was calling the now obvious collapse in the US real estate market a “blip” on the US economy. Two months after that, the stock market peaked. A year after that, in September/October 2008, the global economy froze solid and was only thawed by the biggest explosion of money creation in history. Now, here we are at the start of 2012. Nothing has changed. No positive steps have been made. The symptoms have been disguised under an avalanche of palliatives but the disease continues to eat away at the substance of the system on which it feeds. The major effort of government and “mainstream” analysts everywhere has been to avoid, deflect and actively silence any nascent discussion of the root of the problem.

None of this has been or is being discussed because the establishment in the US and everywhere else does not want it discussed. A REAL “black swan event” – an event that deviates by 180 degrees from what is “normally expected” – would be a political debate over root causes and basic principles. The great merit of Ron Paul – and the great service he is giving to his own and every other nation – is the fact that he is doing everything he can to raise the debate to that level. That makes Dr Paul a unique politician, a man who tells people what most of them DON’T want to hear or understand.