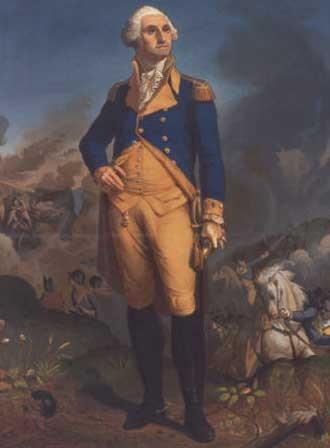 This article is excerpted from Conceived in Liberty, Volume IV, chapters 8 and 41.

In June of 1775, George Washington was appointed Major General and elected by Congress to be commander in chief of the American revolutionary forces. Although he took up his tasks energetically, Washington accomplished nothing militarily for the remainder of the year and more, nor did he try. His only campaign in 1775 was internal rather than external; it was directed against the American army as he found it, and was designed to extirpate the spirit of liberty pervading this unusually individualistic and democratic army of militiamen. In short, Washington set out to transform a people's army, uniquely suited for a libertarian revolution, into another orthodox and despotically ruled statist force after the familiar European model.

His primary aim was to crush the individualistic and democratic spirit of the American forces. For one thing, the officers of the militia were elected by their own men, and the discipline of repeated elections kept the officers from forming an aristocratic ruling caste typical of European armies of the period. The officers often drew little more pay than their men, and there were no hierarchical distinctions of rank imposed between officers and men. As a consequence, officers could not enforce their wills coercively on the soldiery. This New England equality horrified Washington's conservative and highly aristocratic soul.

To introduce a hierarchy of ruling caste, Washington insisted on distinctive decorations of dress in accordance with minute gradations of rank. As one observer phrased it: "New lords, new laws. … The strictest government is taking place, and great distinction is made between officers and soldier. Everyone is made to know his place and keep it." Despite the great expense involved, he also tried to stamp out individuality in the army by forcing uniforms upon them; but the scarcity of cloth made this plan unfeasible.

1 Comments in Response to Generalissimo Washington: How He Crushed the Spirit of Liberty (Publisher Recommended)

This article is moose hockey, not for its basic facts, but for its general drift that George Washington is some kind of enemy of liberty.  In fact, he set the standard for it by requiring soldiers to sacrifice their personal liberty in order to take orders from a commander in chief who is in turn working for Congress in order to be better able to fight America's enemies.  If he hadn't instituted strict discipline, we'd all still be British subjects bowing to the queen, and America would be full of people with royal titles like duke or earl.  When Congress declares war, the People have spoken, and when a citizen joins the military and signs on the dotted line, he sacrifices his personal liberty for the duration in the service of the country.  Smart guy, Washington.

Start scoping U.S. history in your browser free with the Historyscoper and learn all the facts with precision and reach:  http://tinyurl.com/ushistoryscope