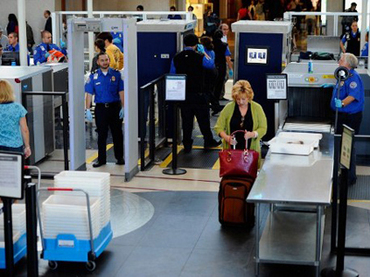 The TSA says that it was a good year for screenings, with the Transportation Security Administration able to snag a lot of suspicious items out of airport check points in 2011.

Were TSA agents using their $8 billion budget to snatch up terror suspects and bring down any attempts at sneaking a bomb onto a Boeing 747? Maybe? But no, there were no monumental TSA catches this year that helped keep the War on Terror alive and well in America. What the US did get, however, was billions gone towards obliterating such belligerent would-be attacks on America such as . . . carry-on science projects?

In a recent post on their official blog, the TSA outlines what they call their “Top 10 Good Catches of 2011,” and if it proves one thing, it’s that the TSA is as worthless as many Americans make them out to be.

“Our officers have had some good finds this year at our checkpoints and we wanted to share our top 10 good catches with you,” reads the blog. ”Some are dangerous, some simply look dangerous and can cause major delays and others are just plain weird.”

Because, as we all know, if we allow a little weirdness to be stowed in checked luggage, then the terrorists have won.

Those terrifying ten that topped off the list include a few reptiles, a non-metallic martial arts “weapon” and yes, a college student’s science project. The TSA does admit that they made a few arguably-alright finds this year, such as a loaded .380 pistol recovered from a Detroit security checkpoint, and the agency says that, as in most cases, the passenger simply “forgot” they had the weapon on them.

US Orders Private Airlines to Assist in Military Operations

Travel to the North Pole on board a luxury airship