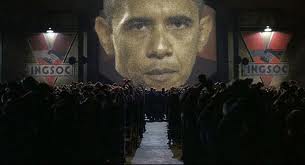 Freedom of speech might allow journalists to get away with a lot in America, but the Department of Homeland Security is on the ready to make sure that the government is keeping dibs on who is saying what.

Under the National Operations Center (NOC)’s Media Monitoring Initiative that came out of DHS headquarters in November, Washington has the written permission to retain data on users of social media and online networking platforms.

Specifically, the DHS announced the NCO and its Office of Operations Coordination and Planning (OPS) can collect personal information from news anchors, journalists, reporters or anyone who may use “traditional and/or social media in real time to keep their audience situationally aware and informed.”

According to the Department of Homeland Security’s own definition of personal identifiable information, or PII, such data could consist of any intellect “that permits the identity of an individual to be directly or indirectly inferred, including any information which is linked or linkable to that individual.” Previously established guidelines within the administration say that data could only be collected under authorization set forth by written code, but the new provisions in the NOC’s write-up means that any reporter, whether someone along the lines of Walter Cronkite or a budding blogger, can be victimized by the agency.