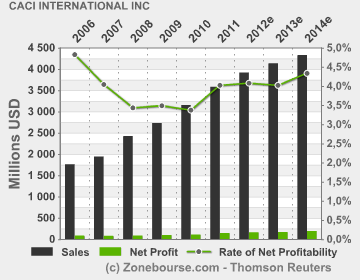 CACI International Inc announced today that it has been awarded one of six prime positions on the Defense Language Interpretation Translation Enterprise (DLITE) contract to support the U.S. Army Intelligence and Security Command (INSCOM). With this new work, CACI will provide translation and interpretation services for personnel. In addition, the company will provide equipment, supplies, facilities, transportation, tools, materials, supervision, and other non-personal services. This indefinite delivery/indefinite quantity award has a ceiling value of $9.7 billion and a period of performance of five years.

INSCOM is a global command within the U.S. Army that conducts intelligence, security, and information operations for military commanders and national decision makers. Headquartered in Fort Belvoir, Virginia, it consists of major subordinate commands and smaller units in more than 180 locations worldwide. The DLITE contract is a key element of INSCOM's mission and calls for staff assistance for more than 28 mission-critical languages in support of the Department of Defense.