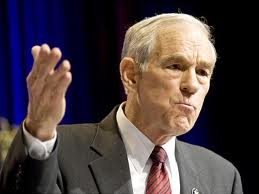 Ron Paul gave a good account of himself this morning in a series of interviews following his second place finish in the New Hampshire primary. One interview in particular stood out as Paul defended his foreign policy from claims that it is “kooky”.

In a somewhat bizarre change of subject during an interview with Fox & Friends, host Gretchen Carlson seemed embarrassed, stating “Congressman, excuse me for saying this but do you believe some people call you kooky… for your foreign policy only? Is that the reason why?”

Paul responded “They use those terms because they can’t defend themselves intellectually.”

“If they say my foreign policy is kooky, maybe they ought to look at what is happening.” Paul added. “…invading a country like Iraq, who never did a thing to us, killing a lot of people and turning it over to the shiites who are allies with the Iranians, I call that kooky.”

“I call it kooky allowing our president now to go into numerous countries, even today he went into another African country without permission of the Congress. Fighting undeclared wars, that is kooky, and that is why the American people are sick and tired of what we have.” Paul urged.

“They choose that term to discredit me because I’m the consistent one.” Paul said, referring to his critics.

“Spending more money overseas is conservative? Where did that come from?” Paul stated. “Too many conservatives say ‘that’s our position, spend more overseas’. That doesn’t make any sense to me.”