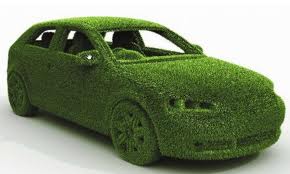 The US auto industry remains unsold over the future of "green cars" such as electrics and hybrids, as carmakers struggle with the first steps in a market most agree shows promise over the long term.

Automakers wheeled out a variety of new hybrids and plug-in electrics at the annual Detroit auto show this week, touting their great energy savings along with new, freshened designs.

But despite that apparent commitment, behind the scenes, the manufacturers remain split between doubts and optimism over their potential.

Ten years after the Toyota Prius hybrid swept into the market, only about three percent of all cars sold in the United States are electric or gas-electric hybrids, said David Cole, director of the Center for Automotive Research.

"Initially there was probably some excessive exuberance about the green auto," he told AFP.

"But the economics are not attractive yet for the average consumer."

Nissan has sold only 9,700 of its all-electric Leaf in the US market, and General Motors has sold just 8,000 of its rechargeable hybrid the Volt since its launch at the end of 2010, below the targeted 10,000.

The Volt became the object of scrutiny in recent weeks after tests by US authorities saw batteries in three cars catch fire.

You are right. We commenters ARE stupider. I thought they meant green paint at first.

So many flaws in that belief, and commenters are stupider.