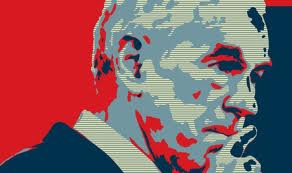 Opposing Imperialism Is Not Isolationism
by Sheldon Richman

When pundits and rival politicians call Ron Paul an “isolationist,” they mislead the American people — and they know it.

They know it? How could they not: Ron Paul is for unilateral, unconditional free trade. He believes any American should be perfectly free to buy from or sell to any person in the world. In that sense — the laissez-faire sense — he favors globalization, which, applied consistently, would require a worldwide free market. He’s such a strong advocate of free trade that he objects to the world’s governments, led by the U.S. government, setting up international bureaucracies, such as the World Trade Organization, to manage trade. He thinks trade should be a totally private matter. That’s a solid classical-liberal, or libertarian, position.

So why is Paul repeatedly called an isolationist?

Apparently in today’s political world, being an isolationist means opposing the U.S. government’s policing the rest of the world through invasion, occupation, and war — that is, militarism. The word “isolationist” has always suggested a fear of foreigners, and no doubt those who apply the word to Paul want to cash in on that sense. So we are left with the daffy conclusion that Ron Paul is a xenophobic, head-in-the-sand isolationist precisely because he prefers peaceful trade with foreigners rather than invasion, occupation, and demolition of their countries.

If that’s what it means to be an isolationist, count me as one too.