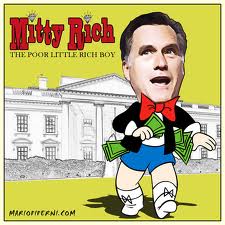 I’d been in New Hampshire for the past several days to follow the campaign and see some of the candidates in-person. Yesterday morning, I was chatting up a Romney campaign staffer before an event at the Gilchrist Manufacturing Company in Hudson, NH, when a police officer approached. Sir, we have to ask you to leave the premises.

“Sir, is this about my backpack? I’d be happy to show you – there’s nothing dangerous in there.”

I gathered my things and walked past a group of citizens and press, humiliated and confused.

Outside, the officer said, “Sir, the campaign has identified you as someone who was at a protest at Romney’s office in Manchester.”

I explained to the officer – his name was Lamarche, and his partner’s was Ducie – that there must have been some misunderstanding. Could I speak to someone from the campaign to clear this up? No. I’d have to leave immediately.

I asked about his authority to remove me. “We’re working for the Romney campaign,” he said. I asked if he was on-duty; he said he was. My confusion deepened. So was he working for the town of Hudson today, or for the campaign? “Both.” (Later, I think I got it straight: the campaign hired the police for the day, sort of like a private security detail.)